Oakland Park, FL, July 4th, 2018 As on of the selected artist by the City of Oakland Park Florida and the Arts and Culture Boar, local artist Frank Polanco digital photographs depicting Flora a Fauna were just unveiled around this city as street art. The images selected were used to wrap some of the many utility boxes around the city. The purpose of this project is to esthetically enhance the visual aspect of such and prevent vandalism.

For some years Frank has been contemplating some of these eyesore boxes around south Florida thinking of the idea of been able to incorporate some of his work on them after seeing some already popping up in other parts of Broward County. His first attempt at this was contacting the FDOT phone number posted in one of these boxes. However that didn't get him to far. It wasn’t until he came across the call to artists posted by the city of Oakland Park where he found the avenue to perhaps make this dream come thru. The call to artist was very specific as it required for all art works to be submitted be related to Flora & Fauna. That’s when Frank decided to pay a visit to the local parks he frequent to capture the essence of this project right in his back yard.

Without any expectations, if not just hopes, Franks submitted his work way before the due date making sure that all requirements had been met. As luck will have it shortly after hurricane Maria hit his native Puerto Rico and he was fiercely collecting pet food donations from his home in Oakland Park to send to his beloved charity Save A Sato an email from the City of Oakland Park popped up congratulating him as he was one of the selected artists to be part of the Utility Box Wrap Project. This was a very exciting news for Frank and he considered this his reward for the endless days and hours plus the effort he put into giving back to his stray animals shelter in Puerto Rico. By the way Frank, his village and those members of the community that the stood high to help were able to ship directly to the shelter during such difficult time a total of five thousand pounds of food free of shipping charge via various airlines.

Today, Frank stands proud and full of excitement knowing that his vision, desire and mindset let him to accomplish what he once thought was far to reach. Frank is grateful to the City of Oakland Park for this humble opportunity. To Neysa Herrera Community and Economic Development Director CRA who oversaw this project and the Arts & Culture Board of Directors as well as everyone involved in selecting the artists.

The moral of the story is not to give up, reach for the stars and help others everywhere you can.

We invite you to take a leisure drive around our city of Oakland Park to take a glance at all of the amazing work currently showcased. In addition, Frank was also selected by the City of Pompano Beach for a similar project. www.frankpolanco.com

Coming Out Of The Dark 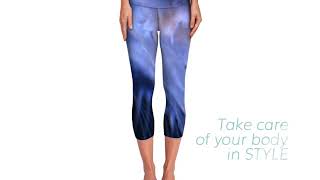